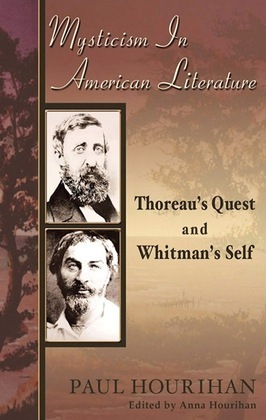 Mysticism in American Literature: Thoreau's Quest and Whitman's Self

Much has been written about Henry David Thoreau and Walt Whitman as prominent writers, but much less research has been done regarding their spirituality, which gave power to the writing of their unique classics.

This award-winning study focusing on the mysticism in the lives and major works of Thoreau and Whitman, two great American literary mystics of the 19th century remedies that. You'll find out:

- How their principal works were inspired by their spiritual revelations and struggles.

- What the deeper meanings are in key passages from Thoreau's classic, "Walden"; and Whitman's provocative and ground-breaking poem, "Song of Myself"

- How their spirituality reflected their very different personalities and characters.

By understanding the wisdom and strengths as well as the faults, and failings of these great men of letters, we can know ourselves better.

As Dr. Chari states in the Foreword:

"At a time like this, Dr. Hourihan performs a valuable service by his courageous reaffirmation of what is of permanent value in the lives and works of two of the most original minds in American literature."