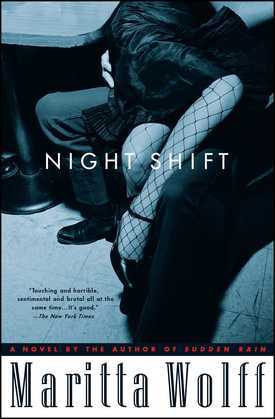 Originally published in 1942 to rave reviews and astonishing commercial success, Night Shift dramatizes the working class life of the Midwest during World War II with the excitement of melodrama, the vividness of documentary, and the page-turning quality of the best commercial fiction.

Sally Otis works herself to the bone as a waitress, supporting her three children and a jobless younger sister. With her bills mounting and no rest in sight, Sally's resolve is beginning to crumble when her swaggering older sister, Petey Braun, appears on the scene. Petey, with her furs and jewels and exotic trips, is an American career woman--one who makes a career of men. But when Petey gets a gig at the glamorous, rowdy local nightclub, it will forever alter the world of the struggling Otis family.

Night Shift "manages to be touching and horrible, sentimental and brutal all at the same time. It is both sordidly real and theatrically melodramatic. It's good" (New York Times).