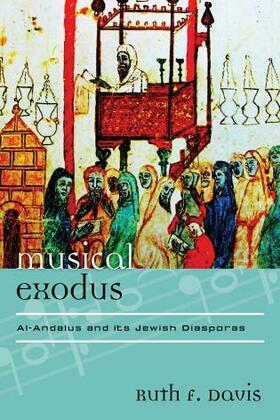 The essays in Musical Exodus: Al-Andalus and its Jewish Diasporas extend beyond the music of medieval Iberia and its Mediterranean Jewish diasporas to wider aspects of Jewish-Christian and Jewish-Muslim relations. The authors offer new perspectives on theories of musical interaction, hybridization, and the cultural meaning of musical expression in diasporic and minority communities. The essays address how music is implicated in constructions of ethnicity and nationhood and of myth and history, while also examining the resurgence of Al-Andalus as a symbol in musical projects that claim to promote cross-cultural understanding and peace. The diverse scholarship in Musical Exodus makes a vital contribution to scholars of music and European and Jewish history.