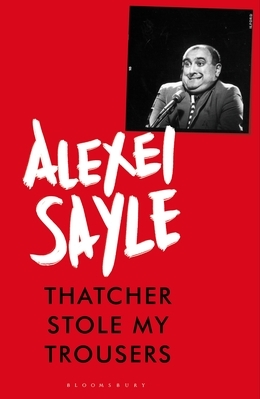 'Enlightening Â? Funny, smart, original and provocative ... It is hard to imagine the stalwarts of Mock the Week recognising the Druze militia leader Walid Jumblatt in a London cinema' New Statesman

In 1971, comedians on the working men's club circuit imagined that they would be free to continue telling their tired, racist, misogynistic gags forever. But their nemesis, a nineteen-year-old Marxist art student, was slowly coming to meet themÂ?

Thatcher Stole My Trousers chronicles a time when comedy and politics united in electrifying ways. Recounting the founding of the Comedy Store, the Comic Strip and the Young Ones, and Alexei's friendships with the comedians who Â? like him Â? would soon become household names, this is a unique and beguiling blend of social history and memoir. Fascinating, funny, angry and entertaining, it is a story of class and comedy, politics and love, fast cars and why it's difficult to foul a dwarf in a game of football.