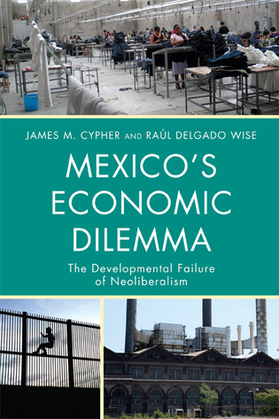 Written by two leading scholars, this book provides a detailed analysis of Mexico's political economy. James M. Cypher and Raúl Delgado Wise begin with an examination of Mexico's pivotal economic crisis of the 1980s and the consequent turn toward an export-led economy, later anchored by NAFTA. They show how Mexico, after abandoning frequently successful past practices of state-led development, disastrously tied its future to an unconditional reliance on foreign corporations to promote an export-led growth strategy. This strategy, they convincingly argue, has resulted in a fragmented economy marked by stagnation, falling wages, informal part-time employment, and massive migration, which define daily life for all but a tiny minority.