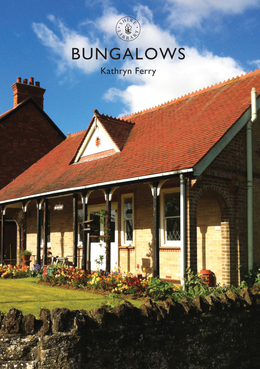 Now synonymous with the single storey home, when the bungalow was introduced to Britain in the late 1860s it had more elaborate connotations. Appropriated by colonial officials in Bengal, this humble dwelling was transformed upon its arrival on the Kent coastline into a new type of holiday home, complete with veranda and servant quarters. These first Western examples became very popular amongst the upper middle-class and the elderly,and crucially also attracted artistic inhabitants, setting the tone for the bungalow as a Bohemian escape well into the twentieth century. Focusing on the British bungalow up to the Second World War, Kathryn Ferry here explores its social, cultural and architectural development, revealing what the very earliest versions looked like and why at the peak of their popularity bungalows were so ubiquitous.