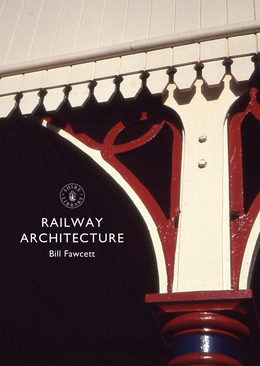 The great arched train sheds of Victorian Britain are often seen as the nineteenth-century equivalent of medieval cathedrals: once specific railway buildings became necessary around 1830 British architects seized the opportunity with both hands, designing some of the great buildings of their age. However, these grand buildings are only part of the story Â? not only was the country peppered with humbler individually styled station buildings, but also with bridges, signal boxes, engine sheds and other structures specific to the railways. In this illustrated introduction, Bill Fawcett tells the story of railway architecture from the age of George Stephenson to modern times, including such influential architects as Sir George Gilbert Scott and Charles Holden.