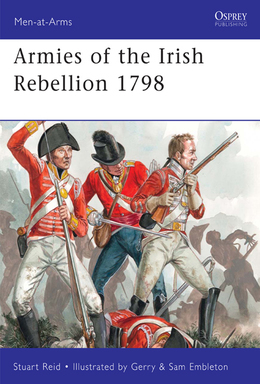 Armies of the Irish Rebellion 1798

In 1798, the Irish rose up against the corrupt English government run out of Dublin. Joined by both Protestants and Catholics, the rebellion quickly spread across the country. Although the Irish peasantry were armed mostly with pikes, they were able to overwhelm a number of small, isolated British outposts. However, even with the half-hearted assistance of the French, the Irish could not compete with the organized ranks of the British Army when under competent leadership. In a brutal turning of the tide, the Redcoats plowed through the rebels. In just three months, between 15,000 and 30,000 people died, most of them Irish. This book tells the story of this harsh, but fascinating, period of Irish history and covers the organization and uniforms of the forces involved.