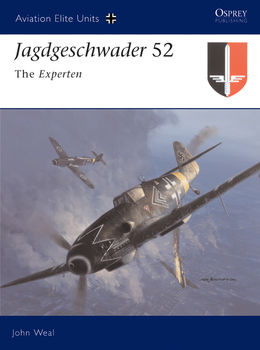 Jagdgeschwader 52 (JG 52) was the most successful and highest-scoring fighter unit, not just in Germany's World War 2 Luftwaffe, but in the entire annals of aviation history. No other fighter group has ever come close to matching its staggering total of around 9000 enemy aircraft shot down in combat. And yet, because much of that combat took place over the tractless wastes of the Russian front, very little has been written in English about the exploits of this charismatic unit. This book provides a full combat history of JG 52 and its members, including the three top-scoring aces of all time, who claimed a total of 900 victories between them.