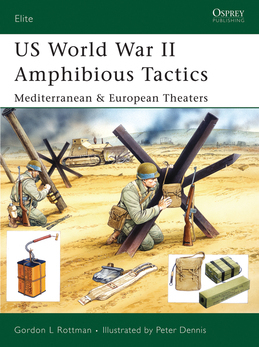 The US armed forces pioneered amphibious warfare in the Pacific and by the time of the D-day landings they had perfected the special equipment and tactics necessary for this extraordinarily difficult and risky form of warfare. This fact-packed study details the doctrine, equipment and tactics that evolved between the North African landings of November 1942 and those in the South of France in August 1944, and illustrates many aspects of the physical realities of assault landings through the use of photos, diagrams and color plates.