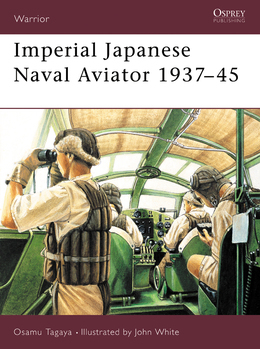 The fateful attack on Pearl Harbor forced the Western world to revise its opinion of Japan's airmen. Before the war, Japanese aviators had been seen as figures of ridicule and disdain; yet the ruthless skill and efficiency of their performance in December 1941 and the months that followed won them a new reputation as a breed of oriental superman. This book explores the world of the Imperial Japanese Naval airman, from the zenith of his wartime career until the turning of the tide, when the skill and experience of the average Japanese airman declined. Cultural and social background, recruitment, training, daily life and combat experience are all covered.