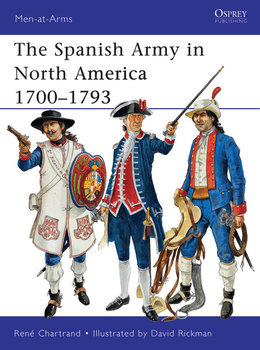 Long before England established a serious presence in the New World, Spain had already established an overseas Empire. In North America, this included vast tracts of territory including most of what today comprises the states of Florida, Arizona, Nevada, New Mexico, Texas, Alabama, Illinois and California. In later years, as the British and the French came to expand their claims, they often came into conflict with the Spanish. The Spanish also played a significant part during the American Revolution, fighting against the British and drawing off forces needed to fight the Americans. This book covers all of the North American Spanish forces that fought in the campaigns of the 18th century.