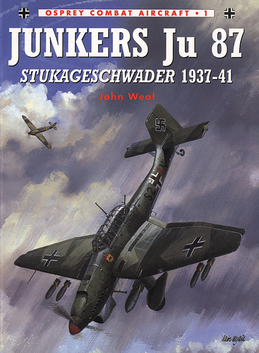 The Ju 87 Stuka was the most feared weapon in the German arsenal in the first year of World War 2, the Luftwaffe using it to deadly effect during the Blitzkrieg between September 1939 and June 1940. Although vulnerable to the enemy fighters due to its moderate speed in level flight and general lack of manoeuvrability, the Ju 87 nevertheless soon came to symbolise the might of Nazi Germany as the mere handful of Stukageschwader supporting the Wehrmacht rampaging out of the Fatherland took a heavy toll of the Allied forces.