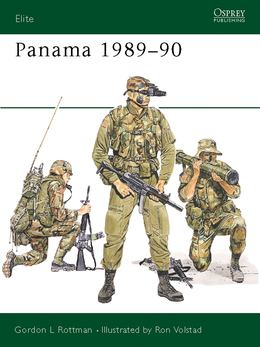 In December 1989 US Army forces, supported by the US Air Force and US Navy, participated in Operation 'Just Cause'--the invasion of Panama. A combination of airborne, helicopter and ground assaults quickly secured key objectives and eliminated organized resistance. Beginning with a brief history of US-Panama relations and the development of the Panamanian Defense Forces, this book focuses principally on the military aspects of Operation 'Just Cause', and ends with a summary of the conflict's aftermath. Numerous photographs, and detailed color plates depict the actions of the armed forces units that executed this difficult, and controversial, operation.