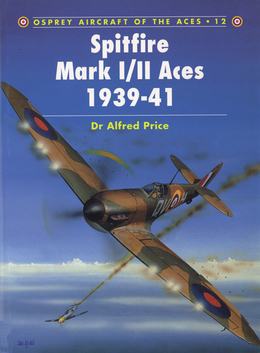 Spitfire Mk Is and IIs served only briefly in the frontline with the RAF, but their pilots were responsible for achieving impressive scores against the Luftwaffe during 1940/41. This volume details the RAF's first aces of World War 2 who helped stem the German tide during Britain's struggle for survival in the bitter years between 1939 and 1941. Early-mark Spitfires were notorious for their light armament, overheating engines and short range, but during the dogfights over Dunkirk and south-east England, then the first tentative sweeps across France, many pilots achieved scores of note.