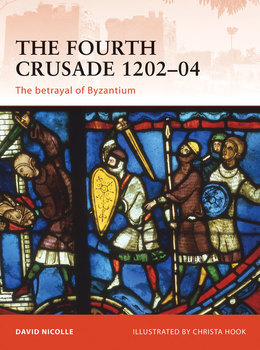 The Fourth Crusade was the first, and most famous of the 'diverted' Crusades, which saw the Crusade diverted from its original target, Ayyubi Egypt, to attack the Christian city of Zadar in modern Croatia instead, an attack that was little more than a mercenary action to repay the Venetians for their provision of a fleet to the Crusaders. This book examines the combined action and sacking of the city of Zara, which saw the Crusaders temporarily excommunicated by the Pope. It goes on to evaluate how the influence of the Venetians prompted an attack on Constantinople, analyses the siege that followed and describes the naval assault and sacking of the city which saw the Crusaders place Count Baldwin of Flanders on the Byzantine throne.