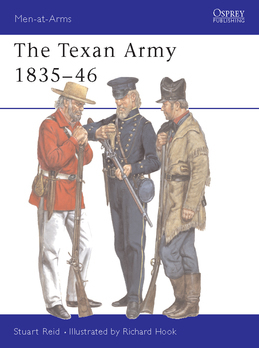 The volunteer army that fought the Mexican dictator Santa Anna from 1835 to 1836 was immortalized in the epic battle of the Alamo. Taking arms initially to fight for the restoration of the liberal Mexican constitution of 1824, the volunteers were eventually fighting for outright Texan independence. This book describes and illustrates the group of men who, despite the diversity of their origins, equipment, weaponry and dress, were united in a common cause that reached its culmination in the victory of San Jacinto. The turbulent decade (1836Â?46) of Texan independence is also covered, and the little-studied army and navy of the Republic of Texas examined.