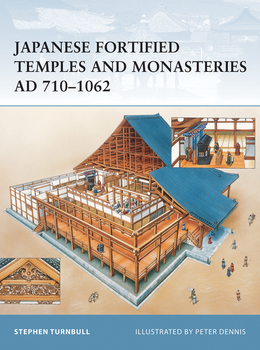 From the 10th century onwards the great Japanese monastic foundations of Nara and Mount Hiei maintained large armies of warlike monks. The tempestuous political rivalries that developed between the different orders of monks and religiously inspired laymen ensured that their temples and monasteries had to be securely sited and robustly defended. This books recreates these enormous fortified monasteries and temples, tracing their development from the 10th century through to the Sengoku Jidai period and the rise of the power of the shogunate under Tokugawa Ieyasu.