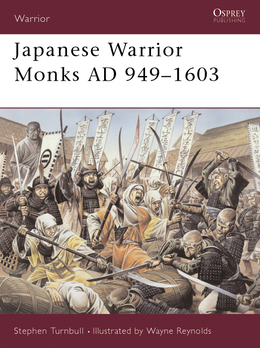 From the 10th to the mid-17th century, religious organisations played an important part in the social, political and military life in Japan. Known as sohei ('monk warriors') or yamabushi ('mountain warriors'), the warrior monks were anything but peaceful and meditative, and were a formidable enemy, armed with their distinctive, long-bladed naginata. The fortified cathedrals of the Ikko-ikki rivalled Samurai castles, and withstood long sieges. This title follows the daily life, training, motivation and combat experiences of the warrior monks from their first mention in AD 949 through to their suppression by the Shogunate in the years following the Sengoku-jidai period.