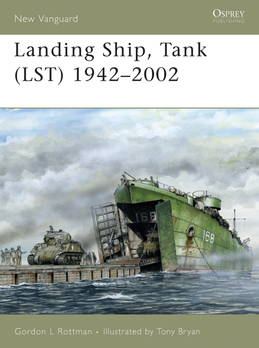 The Landing Ship Tank (LST) is one of the most famous of the many World War II amphibious warfare ships. Capable of discharging its cargo directly on to shore and extracting itself, the LST provided the backbone of all Allied landings between 1943 and 1945, notably during the D-Day invasion. Through its history, the LST saw service from late 1942 until late 2002, when the US Navy decommissioned the USS Frederick (LST-1184), the last ship of its type. This book reveals the development and use of the LST, including its excellence beyond its initial design expectations.