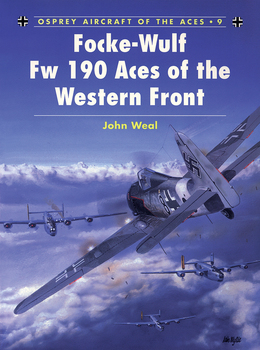 The Fw 190 was the scourge of Fighter Command from the moment it appeared on the Western Front at Abbeville in August 1941 with II./JG 26. A nimble, speedy and well-armed adversary, the 'Butcher Bird' quickly proved superior to all Allied fighters of the time, particularly at medium to low altitude. Led by Experten of the calibre of 'Pips' Priller, Heinz Bar and Walter Oesau, the handful of Fw 190-equipped Jagdgeschwader flew against overwhelming odds, firstly on the Channel coast, and then in direct defence of the Reich when the Jagdflieger took on the might of the USAAF's Eighth and Ninth Air Forces. This is their story.