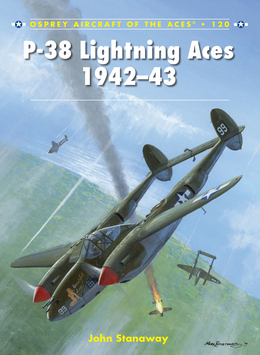 The first P-38s became operational with the 1st Fighter Group in April 1941, and the initial combat deployments were made in Alaska, the Southwest Pacific and North Africa during the latter part of 1942. Photographic reconnaissance versions of the P-38 were in action even sooner when F-4 (P-38E) models were rushed to frontline units a few months after Pearl Harbor. Often using modified field measures to equip aircraft and train pilots in this demanding fighter, early pilots wrote a remarkable record of accomplishments that displayed a high degree of courage and innovation. Every theatre in which the United States was involved saw deployment of the P-38, and more than 60 Lightning pilots were credited with at least five victories by the end of 1943. Featuring illustrations depicting P-38 models from the E to the H-5 previously not known to the general public, unpublished photographs and new data, this volume presents a comprehensive and innovative account of some of these lesser known aces.