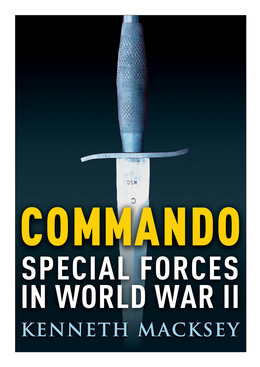 Commando', the history Commandos and small-scale raids during World War II, is a gripping narrative, tracing the actions of the fearless men who served as Allied commandos for the Combined Operations department during the war. Kenneth Macksey offers the details of St Nazaire, Bruneval, Dieppe as well as the key players, such as Stirling, Lovat and Carlson. Macksey skilfully provides a study of the lesser-known figures, such as Edson, Appleyard and Pickney, bringing to life their courage and determination while celebrating the sailors who enabled the raiders to reach their destinations.