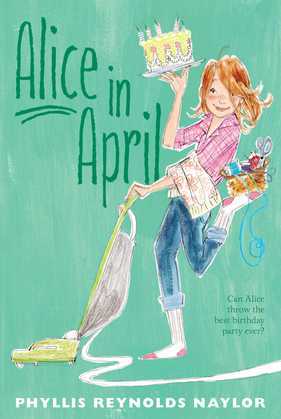 In Alice in April, Aunt Sally reminds Alice that she will be turning thirteen soon (like anyone could forget such a momentous occasion) and that she will be the "woman of the house." Alice dives into her new role by planning her father's fiftieth birthday party--and telling everyone in the family to get a physical. But that means Alice herself will have to disrobe at the doctor's! Then there's the latest crisis at school, where the boys have begun to match each girl with the name of a state, according to its geography--mountains or no mountains!

As Alice stumbles her way through the minefield of early adolescence in these six new repackages for Summer, there are plenty of bumps, giggles, and surprises along the way.