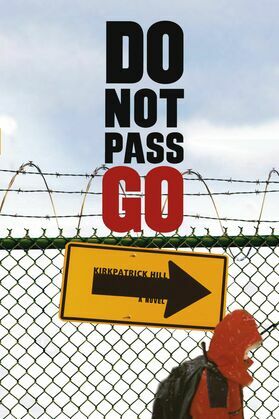 Do Not Pass Go

Deet's world turns upside down when his father is arrested for drug use. It doesn't seem possible that kind, caring Dad could be a criminal! After all, he only took the pills to stay awake so he could work two jobs. Now what will happen? How will Deet be able to face his classmates? Where will they get money? And most importantly, will Dad be okay in prison?

Hurt, angry, and ashamed, Deet doesn't want to visit his father in jail. But when Mom goes back to work, Deet starts visiting Dad after school. It's frightening at first, but as he adjusts to the routine, Deet begins to see the prisoners as people with stories of their own, just like his dad. Deet soon realizes that prison isn't the terrifying place of movies and nightmares. In fact, Dad's imprisonment leads Deet to make a few surprising discoveries -- about his father, his friends, and himself.

With moving realism, Kirkpatrick Hill brings to light the tumultuous experience of having a parent in jail in this honest and stirring story of a young man forced to grow up quickly.