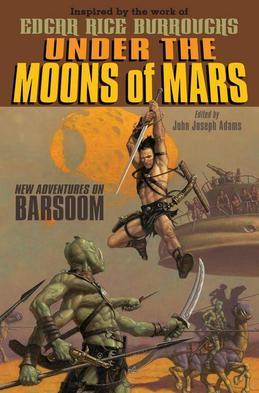 Under the Moons of Mars

Ever since Edgar Rice Burroughs published A Princess of Mars in 1912, fans of all ages have marveled at the adventures of John Carter, an Earthman who suddenly finds himself in a strange new world. A century later, readers can enjoy this compilation of brand-new stories starring John Carter of Mars. Collected by veteran editor John Joseph Adams, this anthology features a foreword by Tamora Pierce and stories and original art from titans of literature and illustration such as Peter S. Beagle, Garth Nix, Charles Vess, and many more, plus a glossary of Mars by Richard A. Lupoff.