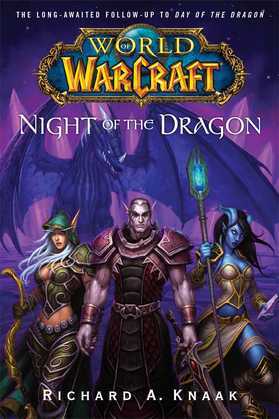 World of Warcraft: Night of the Dragon

Grim Batol: its dark legacy stretches back into the mists of Azeroth's past. But most know it as the site of a terrible tragedy -- where the vile orcs corrupted the hatchlings of the noble Dragonqueen, Alexstrasza, and used them as weapons of war. Though a band of heroes, led by the enigmatic mage, Krasus, defeated the orcs and freed the captive dragons, the cursed mountain stands as another ravaged landmark within the...

But now Krasus -- known to some as the red dragon Korialstrasz -- senses the malice of Grim Batol rising once more to threaten those he holds dear. Determined this time to confront this evil by himself, he is unaware of the quests that will draw others to Grim Batol and reveal the monstrous truth that could not only herald their deaths, but usher in a terrible new age of darkness and destruction.