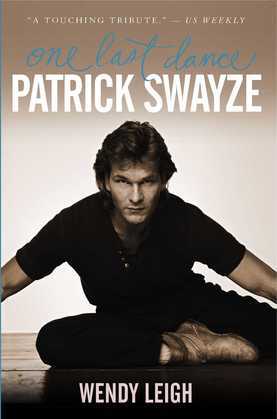 A heartwarming, in-depth portrait of the beloved star whose sensational performances in Dirty Dancing and Ghost seduced a generation, and whose courage in the face of illness captivated millions

For almost thirty years, Patrick Swayze has been an American icon of masculinity and sex appeal, strong but sensitive, romantic yet dangerous.

In this intimate and revealing biography, New York Times bestselling author Wendy Leigh shares the inspiring untold story of Patrick's incredible life: his show business childhood, his fairy-tale love affair with wife Lisa Niemi, his catapult into alcoholism after his father's untimely death, the daredevil exploits that almost killed him, and his courageous fight against pancreatic cancer, a fight that has off-ered hope and encouragement to others grap-pling with similar life-threatening illnesses.

Ever since the steamy low-budget film Dirty Dancing skyrocketed Patrick to fame and cemented his place in the hearts of audiences around the world, he has been one of our most cherished public figures. Based on interviews with countless sources who have never spoken about Patrick before -- from the Texas beauty who shared his first kiss, to the woman he almost married, to the manager who worked closely with him from his teen idol days until his romantic tour de force in Ghost -- and many more, Leigh unveils surprising details about the charismatic actor's life on- and off-screen. Beginning with his training as a dancer with his choreographer mother and spanning his remarkable -- and at times challenging -- career, this groundbreaking biography of the un-forgettable entertainer is the mesmerizing, enduring, and definitive story of a man who captured our hearts.