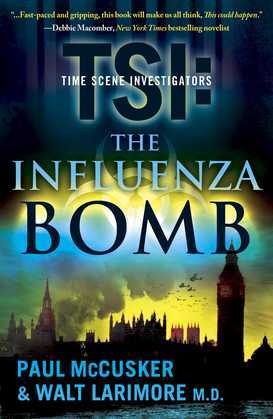 Masses of people are dying from a mysterious flu. While the TSI team searches for a cure, a notorious eco-terrorist group,Return to Earth, uses an influenza bomb to poison the water. It's a race against time--with the outcome impacting the entire world.

By the time the team discovers that the terrorists are using the water supply to infect people, the sickness is spreading worldwide and no one has a cure. When Return to Earth makes off with a mysterious device called the influenza bomb with the intent to destroy all of mankind, Dr. Hutchinson must stop the contamination from being spread before it's too late.