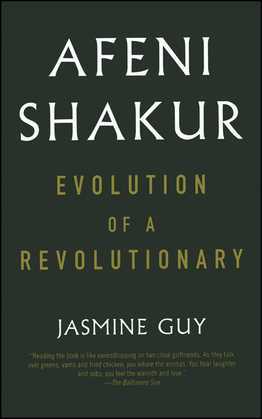 One of the most visible figures in both the hip-hop and civil rights movements charts her moral and spiritual development in a stirring and poignant memoir spanning five decades.

As a child growing up in North Carolina, Alice Faye Williams knew that the most important thing her impoverished family lacked was land; as she puts it, "The land, to live on and to cultivate and pass on to my family." But there was no land, and in the end her family moved to New York, where in her late teens Alice Faye became Afeni Shakur, a radicalized, prominent Black Panther. In 1969, she was arrested along with a number of other Black Panthers on suspicion of planning bombings -- she spent eleven months on remand before women of all races raised $64,000 in cash to bail her out. She was subsequently acquitted of all charges. While in jail, Afeni Shakur was pregnant with her son, Tupac, who went on to become Tupac Amaru Shakur, a rap megastar until his tragic death in 1996.

Over the course of a decade, the renowned actress Jasmine Guy has been recording the thoughts of Afeni Shakur. In this unique book, Guy reveals the evolution of the woman through a series of intimate, revealing conversations on themes such as love, race, drugs, music, and of course her son. We see how the impoverished southern girl became a leading light in the Black Panther movement; how drugs brought her low; how her recovery filled her with new hope for herself and the future of black women everywhere; and how the work of her son has served to bring renewed hope and courage to people that this country has too often left behind.

Beautifully written, and a beacon of understanding for all Americans, Afeni Shakur: Evolution of a Revolutionary will stand as a powerful testament to the perseverance of one woman, and the power of change and forgiveness.