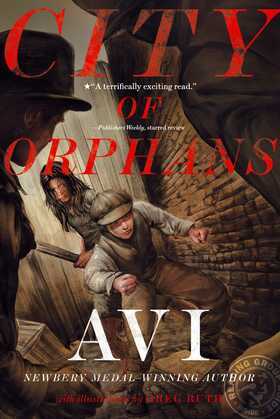 The streets of 1893 New York are crowded and filthy. For thirteen-year-old newsboy Maks Geless, they are also dangerous. Bruno, leader of the awful Plug Ugly Gang, has set his sights on Maks and orders his boys to track him down. Suddenly Maks finds himself on the run, doing all he can to evade the gang, with only his new friend Willa by his side. And that?s just the start of Mak?s troubles. His sister, Emma, has been arrested and imprisoned for stealing a watch from the glamorous new Waldorf Hotel. Maks knows she didn?t do it?but will he be able to prove it in time?
This is a riveting, quickly paced adventure set against a backdrop alive with the sights and sounds of tenement New York.