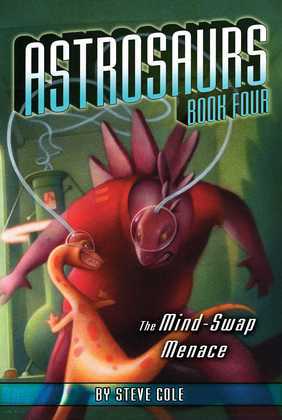 While on another vital mission, Captain Teggs and his crew nearly crash into an unknown spaceship. But when it spins around, the gaping hole and the mark of the meat-eaters reveal that it's a carnivore space station! What's it doing in the middle of the Vegetarian Sector?

Teggs and his chief engineer, Iggy, board the space station to check it out. They soon discover that the only remaining dinosaurs in the ship are also two of the most evil criminals in the universe, and one of them is a genius. He's built a machine that can swap minds, and he's going to use it on Teggs and Iggy so he and his partner can fulfill their dreams of riches!

It's up to Teggs and his crew to stop them, but how can they when no one knows who is who?