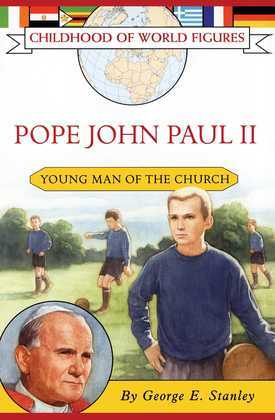 Pope John Paul II was born Karol Wojtyla on May 18, 1920, in Poland. As a child Karol excelled in school -- especially in religion and literature. He was a star soccer player and also hiked and kayaked. But most of all Karol loved poetry and theater. Although Karol was liked and respected by his peers, his childhood was touched by tragedy. His mother passed away when he was only nine years old, and three years later his beloved older brother, Edmund, died from scarlet fever.
Karol grew up in a time of great uncertainty for Poland. Although he was born into an independent Poland, he was a young man during the Nazi occupation of his homeland in World War II. When many Poles were anti-semitic, Karol had Jewish friends; when his country turned its back on religion, Karol studied in secret to become a priest. This fascinating biography details Karol's childhood and the events that led him to be named Pope John Paul II in 1978.