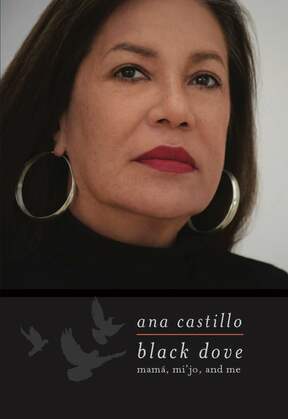 by Ana Castillo (Author)
Excerpt
Nonfiction Biography & autobiography Personal memoirs Health & fitness Daily living Motherhood
warning_amber
One or more licenses for this book have been acquired by your organisation details
EPUB
Unlimited loans, One at a time
Details

Finalist for the 2017 Lambda Literary Award for Bisexual Nonfiction

A lyrical memoir-in-essays by an award-winning Chicana writer: "the real power of Black Dove comes when it speaks to what mothers face raising black and brown children all across this nation." (Los Angeles Review of Books)

Growing up as the intellectually spirited daughter of a Mexican Indian immigrant family during the 1970s, Castillo defied convention as a writer and a feminist. A generation later, her mother's crooning mariachi lyrics resonate once again. Castillo—now an established Chicana novelist, playwright, and scholar—witnesses her own son's spiraling adulthood and eventual incarceration. Standing in the stifling courtroom, Castillo describes a scene that could be any mother's worst nightmare. But in a country of glaring and stacked statistics, it is a nightmare especially reserved for mothers like her: the inner-city mothers, the single mothers, the mothers of brown sons.

Black Dove: Mamá, Mi'jo, and Me looks at what it means to be a single, brown, feminist parent in a world of mass incarceration, racial profiling, and police brutality. Through startling humor and love, Castillo weaves intergenerational stories traveling from Mexico City to Chicago. And in doing so, she narrates some of America's most heated political debates and urgent social injustices through the oft-neglected lens of motherhood and family.