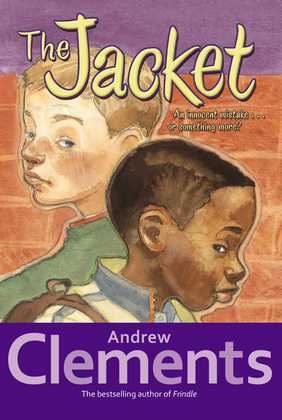 Phil is on a mission. His absentminded little brother forgot his lunch money. All kinds of thoughts are running through Phil's mind as he searches for Jimmy in the throngs of fourth and fifth graders crowding the school hallway:...if I'm late for math today, then I might not be allowed to take the test -- and then I could flunk math! I might even flunk sixth grade and get left back!
Then Phil spots Jimmy's one-of-a-kind jacket and rushes to the corner of the hallway. Except the person wearing it isn't his brother; it's some black kid Phil's never seen before -- wearing Jimmy's jacket! Phil makes an accusation, tempers flare, and both kids wind up in the principal's office.
How will Phil react when he finds out how Daniel came to be the owner of this unique jacket? Will Daniel be able to forgive Phil for an accusation that was based on racial prejudice? What will each boy learn about the other, and most important, about himself?