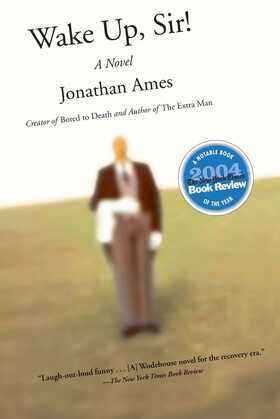 From the creator of the HBO series Bored to Death, the story of a young alcoholic writer and his personal valet, a hilarious homage to the Bertie and Jeeves novels of P.G. Wodehouse.

Alan Blair, the hero of Wake Up, Sir!, is a young, loony writer with numerous problems of the mental, emotional, sexual, spiritual, and physical variety. He's very good at problems. But luckily for Alan, he has a personal valet named Jeeves, who does his best to sort things out for his troubled master. And Alan does find trouble wherever he goes. He embarks on a perilous and bizarre road journey, his destination being an artists colony in Saratoga Springs. There Alan encounters a gorgeous femme fatale who is in possession of the most spectacular nose in the history of noses. Such a nose can only lead to a wild disaster for someone like Alan, and Jeeves tries to help him, but...well, read the book and find out!