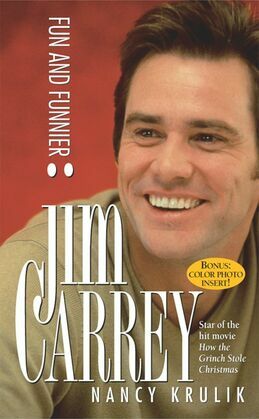 Kidding Around with the King of Comedy
Jim Carrey is used to being laughed at. In fact, he thrives on entertaining others. As a precocious young boy, he practiced pulling faces in the bathroom mirror -- a talent that would later prove to be instrumental in his success -- and performed self-created skits for his family.
Unfortunately, his life wasn't one smooth cruise to the top. The Canadian-born funnyman's rags-to-riches tale is the stuff dreams are made of.
Since his early smash hit Ace Ventura: Pet Detective, the blockbuster movie roles just keep on coming. But Carrey isn't content simply to play it safe and stick with the slapstick comedy roles he knows and performs so confidently. In fact, with releases such as The Truman Show and Man on the Moon, Carrey has challenged himself creatively and shown audiences that he is capable of demonstrating sensitivity and immense dramatic range. With his latest hit move, How the Grinch Stole Christmas, this shooting star's future just keeps getting brighter!