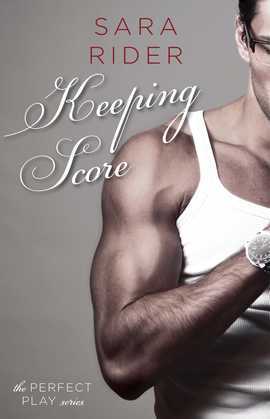 From Sara Rider, a fresh new voice in contemporary romance, Keeping Score is a fast-paced, sizzling sequel in the Perfect Play series that?ll leave everyone needing a cool down...

Professional soccer player Jaime Chen is used to hearing the word ?no??she?s just not used to listening to it. Despite her tiny frame, she?s won two Olympic medals and earned the title of Assistant Captain of the Seattle Falcons. And when Sport Fitness magazine decides it wants her for the cover of its annual Bodies of Sport issue, she finally has the chance to prove to the world that she truly is a top-class athlete. But when a lingering ankle injury forces the team?s physiotherapist to bench her, Jaime?s top-ranking dreams start to slip through her fingers.

In his career as a pro sports physiotherapist, Alex Martinez?s instincts have never steered him wrong. But he?s also never met someone as obstinate and frustrating as the snarky Jaime Chen. With their spot in the playoffs on the line, the Falcons? owner gives him an ultimatum: get Jaime back in the game or kiss his job goodbye. When she skips yet another appointment with him, the only way he can wrangle a diagnosis from the medically-phobic midfielder is to stick to her like a shadow. But getting close to the woman who simultaneously irritates him and turns him on like no other is the last thing he wants to do.