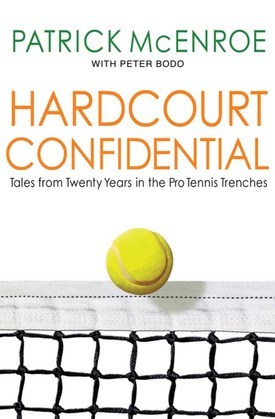 An entertaining and unfiltered look at professional tennis as only Patrick McEnroe can offer. Patrick McEnroe has been in the world of professional tennis in one way or another for most of his life. As a player, coach, and ESPN commentator, he's seen it all. The significant tennis books of recent years have all been autobiographies--famous players burnishing their image or attempting to set the record straight within carefully controlled memoirs. No one has been willing to do a book that pulls back the curtain and presents an honest, no-holds-barred look into the ultimate gentleman's sport and the larger-than-life personalities that inhabit it. Patrick McEnroe does just that. Curious to know which marquee player threw a tantrum and bailed early on a tournament? Why Roger Federer, presumably the greatest player of all time, has a losing head-to-head record with Rafael Nadal? Why certain tennis prodigies burned out early? The real role of coaches like Nick Bollettieri? Which player is as much of a diva off the court as on? The greatest match ever played? In Hardcourt Confidential, McEnroe uses his twenty-five-plus years in the trenches of the game to tell true tales and wild stories about the players you think you know (from Sampras to Agassi to Roddick to the Williams sisters), how and why the game has changed since he first swung a racket, and what the future holds in store for American tennis. McEnroe takes an unapologetic look at the men, women, and events of the past three decades, right up to the epic Federer vs. Nadal rivalry that dominates the game today. He's got a lot to say and he's not afraid to say it.