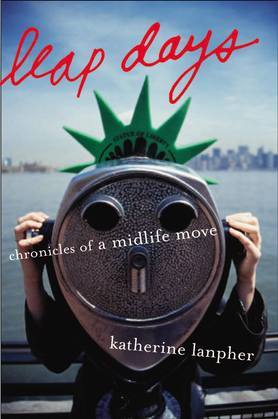 Katherine Lanpher, whose essays have appeared in the New York Times and More magazine, officially moved to Manhattan on a leap day, transferring from a rooted life in the Midwest to a new job, a new city, and a new sense of who she was. But re-invention is a tricky business and starting over in the middle of life isn't for the feint of heart.

Katherine Lanpher's short essay on her first six months in New York--"A Manhattan Admonition" was published last August in the New York Times op-ed page and remained on their list of most e-mailed stories for weeks. Now she has written a book chronicling how her past life and loves have prepared her for unexpected discoveries in her new home. Lanpher looks back on her marriage, her early days in newspapers, and her childhood in the Midwest. And, with startling insight, she examines her new world--how beauty is defined in New York, how the landscape differs from the Midwest, and how good food and books have been constants in her life.

The tone of her essays mixes the emotional depth of Anna Quindlen with the quirky wit of David Sedaris.