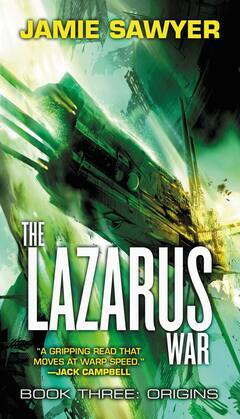 by Jamie Sawyer (Author)
Fiction Science fiction Military Space opera and planet opera
"A gripping read that moves at warp speed." - Jack Campbell on The Lazarus War: Artefact
For someone who has died and come back as many times as Conrad Harris, the nickname Lazarus is well-deserved. His elite military teams are specialists in death - running suicide missions in simulant bodies to combat the alien race known as the Krell.
But now the Krell Empire has wreaked such devastation that military command is desperate for a new strategy. And Harris and his team are being sent on a mission that could finally turn the tide of the war.