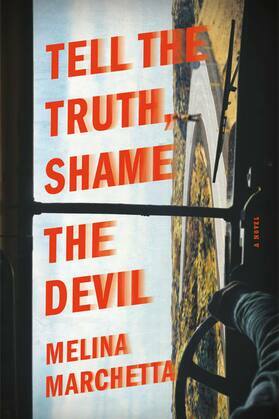 Tell the Truth, Shame the Devil

"More than a crime story; it's jam-packed with family drama and heartbreak. Highly recommended for suspense and mystery fans." --Library Journal

In the wake of a devastating bombing, a father risks everything to find out who was responsible.

When Bish Ortley, a recently suspended cop, receives word that a bus carrying his daughter has been bombed, he rushes to be by her side. A suspect has already been named--a 17-year-old girl who has since disappeared from the scene.

The press has now revealed that she is the youngest member of one of London's most notorious families. Years earlier, they were implicated in an attack that left dozens dead. Has the girl decided to follow in their footsteps?

To find her, Bish must earn the trust of her friends and family, including her infamous mother, now serving a life sentence in prison. But even as he delves into the deadly bus attack that claimed five lives, the ghosts of older crimes become impossible to ignore.

A gripping fusion of literary suspense and family drama, TELL THE TRUTH, SHAME THE DEVIL is a fast-paced puzzle of a novel that will keep readers feverishly turning pages.