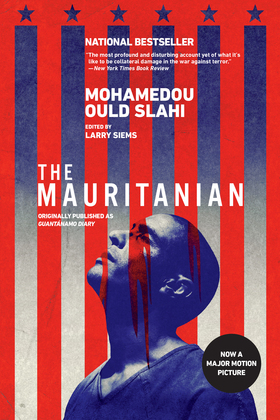 Since 2002, Mohamedou Slahi has been imprisoned at the detainee camp at Guantanamo Bay, Cuba. In all these years, the United States has never charged him with a crime. Although he was ordered released by a federal judge, the U.S. government fought that decision, and there is no sign that the United States plans to let him go.

Three years into his captivity Slahi began a diary, recounting his life before he disappeared into U.S. custody and daily life as a detainee. His diary is not merely a vivid record of a miscarriage of justice, but a deeply personal memoir -- terrifying, darkly humorous, and surprisingly gracious. Published now for the first time, Guantanamo Diary is a document of immense historical importance.
Contributors
Larry Siems (Introduction author)
Publication date
January 19, 2015
Publisher
Little, Brown and Company
ISBN
9780316294676
Paper ISBN
9780316328685
File size
8 MB