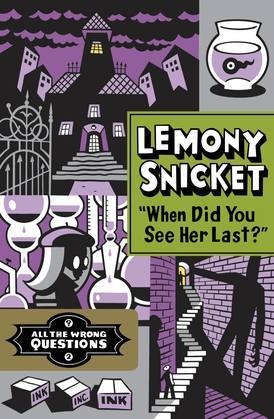 "When Did You See Her Last?"

I should have asked the question "How could someone who was missing be in two places at once?" Instead, I asked the wrong question -- four wrong questions, more or less. This is the account of the second.

In the fading town of Stain'd-by-the-Sea, young apprentice Lemony Snicket has a new case to solve when he and his chaperone are hired to find a missing girl. Is the girl a runaway? Or was she kidnapped? Was she seen last at the grocery store? Or could she have stopped at the diner? Is it really any of your business? These are All The Wrong Questions.