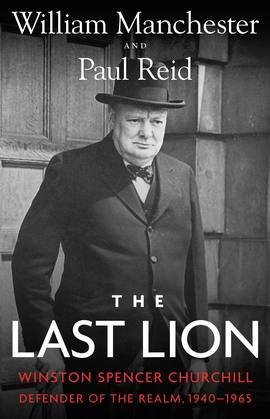 Spanning the years of 1940-1965, The Last Lion picks up shortly after Winston Churchill became Prime Minister-when his tiny island nation stood alone against the overwhelming might of Nazi Germany. The Churchill conjured up by William Manchester and Paul Reid is a man of indomitable courage, lightning-fast intellect, and an irresistible will to action.

The Last Lion brilliantly recounts how Churchill organized his nation's military response and defense, compelled FDR into supporting America's beleaguered cousins, and personified the "never surrender" ethos that helped the Allies win the war, while at the same time adapting himself and his country to the inevitable shift of world power from the British Empire to the United States.

More than twenty years in the making, The Last Lion presents a revelatory and unparalleled portrait of this brilliant, flawed, and dynamic leader. This is popular history at its most stirring.