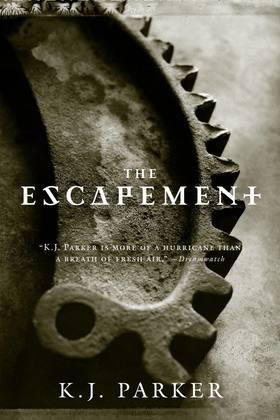 The astonishing conclusion to the Engineer Trilogy, an exquisitely crafted tale of revenge from a unique and remarkable new voice in fantasy fiction.

The engineer Ziani Vaatzes engineered a war to be reunited with his family. The deaths were regrettable, but he had no choice.

Duke Valens dragged his people into the war to save the life of one woman -- a woman whose husband he then killed. He regrets the evil he's done, but he, equally, had no choice.

Secretary Psellus never wanted to rule the Republic, or fight a desperate siege for its survival. As a man of considerable intelligence, he knows that he has a role to play -- and little choice but to accept it.

The machine has been built. All that remains is to set it in motion.