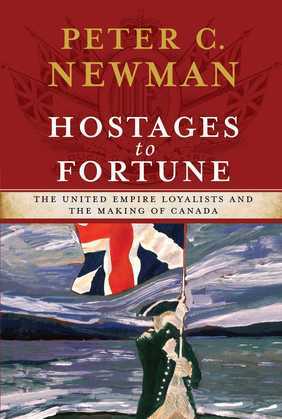 Esteemed Canadian author Peter C. Newman recounts the dramatic journey of the United Empire Loyalists?their exodus from America, their resettlement in the wilds of British North America, and their defense of what would prove to be the social and moral foundation of Canada.

In 1776, tensions in the British colonies were reaching a fever pitch. The citizenry was divided between those who wished to establish a new republic and those who remained steadfast in their dedication to the British Empire. As the tensions inevitably boiled over into violence, fault lines were exposed as every person was forced to choose a side. Neighbours turned against each other. Families divided. Borders were redrawn.

The conflict was long and bloody, and no side emerged unscathed. But there is one story that is often overlooked in the American Revolutionary canon. When the smoke from the battles had settled, tens of thousands of individuals who had remained loyal to the crown in the conflict found themselves without a home to return to. Destitute, distraught, and ostracized?or downright terrorized?by their former citizens, these Loyalists turned to the only place they had left to go: north.

The open land of British North America presented the Loyalists with an opportunity to establish a new community distinct from the new American republic. But the journey to their new homes was far from easy. Beset by dangers at every turn?from starvation to natural disaster to armed conflict?the Loyalists migrated towards the promise of a new future. Their sacrifices set the groundwork for a country that would be completely unlike any other. Neither fully American nor truly British, the Loyalists established a worldview entirely of their own making, one that valued steady, peaceful, and pragmatic change over radical revolution. The Loyalists toiled tirelessly to make their dream a reality. And as the War of 1812 dawned, they proved they were willing to defend it with their very lives.

In Hostages to Fortune, Peter C. Newman recounts the expulsion and migration of these brave Loyalists. In his inimitable style, Newman shines a light on the people, places, and events that set the stage for modern Canada.