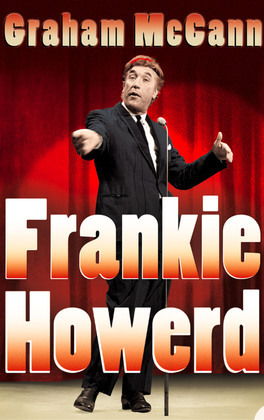 Please note that this edition is text only and does not include any illustrations.

The rambling perambulations, the catchphrases, the bland brown suit and chestnut hairpiece: such were the hallmarks of a revolution in stand-up comedy that came in the unique shape of Frankie Howerd. His act was all about his lack of act, his humour reliant on trying to prevent the audience from laughing ('No, no please, now…now control please, control').

This new biography from Graham McCann charts the circuitous course of an extraordinary career – moving from his early, exceptional, success in the forties and early fifties as a radio star, through a period at the end of the fifties when he was all but forgotten as a has-been, to his rediscovery in the early sixties by Peter Cook. Howerd returned to television popularity with ‘Up Pompeii’, which led to work with the Carry On team. In his last few years he became the unlikely doyen of the late eighties 'alternative' comedy circuit. But his life off-stage was equally fascinating: full of secrets, insecurities (leading at one point to a nervous breakdown) and unexpected friendships.