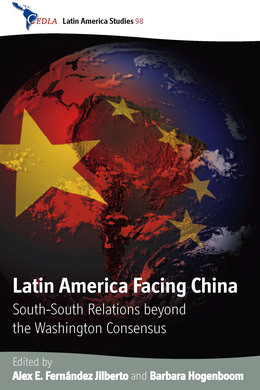 The last quarter of the twentieth century was a period of economic crises, increasing indebtedness as well as financial instability for Latin America and most other developing countries; in contrast, China showed amazingly high growth rates during this time and has since become the third largest economy in the world. Based on several case studies, this volume assesses how China's rise – one of the most important recent changes in the global economy – is affecting Latin America's national politics, political economy and regional and international relations. Several Latin American countries benefit from China's economic growth, and China's new role in international politics has been helpful to many leftist governments' efforts in Latin America to end the Washington Consensus. The contributors to this thought provoking volume examine these and the other causes, effects and prospects of Latin America's experiences with China's global expansion from a South - South perspective.