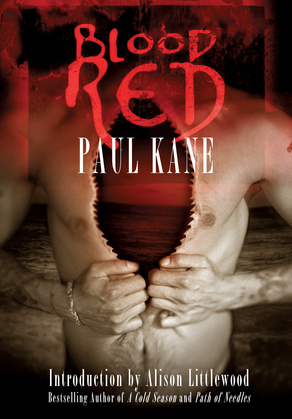 RED: Evil takes on many forms. This is something Rachael Daniels, a lowly care worker, is about to find out . . . personally. Because something is roaming the streets of the city where she lives, something with a taste for human blood: sweet, red blood. Something that can be anything it wants to be. Soon Rachael will learn that not even friendly faces can be trusted. But, as she makes her way across that city at night on an errand of mercy, she discovers this terrifying creature will definitely have none for her.

BLOOD RED: In the aftermath of the events in RED, the hunt is back on?but who is the hunter and who is the prey? As a team of trackers?fuelled by revenge?attempt to take down the monster that has been causing havoc in its wake, they are forced to seek help from an unexpected source. And after the resultant struggles and battles, things will never be the same ever again.

A modern, urban reworking of a classic fairy tale, the novella RED & novel BLOOD RED put the horror spin on an old favourite. If you dare to open these pages, you?ll find a terrifying trip into the unknown courtesy of bestselling and award-winning author Paul Kane (the sellout HOODED MAN series, LUNAR, MONSTERS). With an introduction from bestselling author Alison Littlewood (PATH OF NEEDLES, THE UNQUIET HOUSE), and cover art and design by Dave McKean (CAGES, MIRRORMASK).